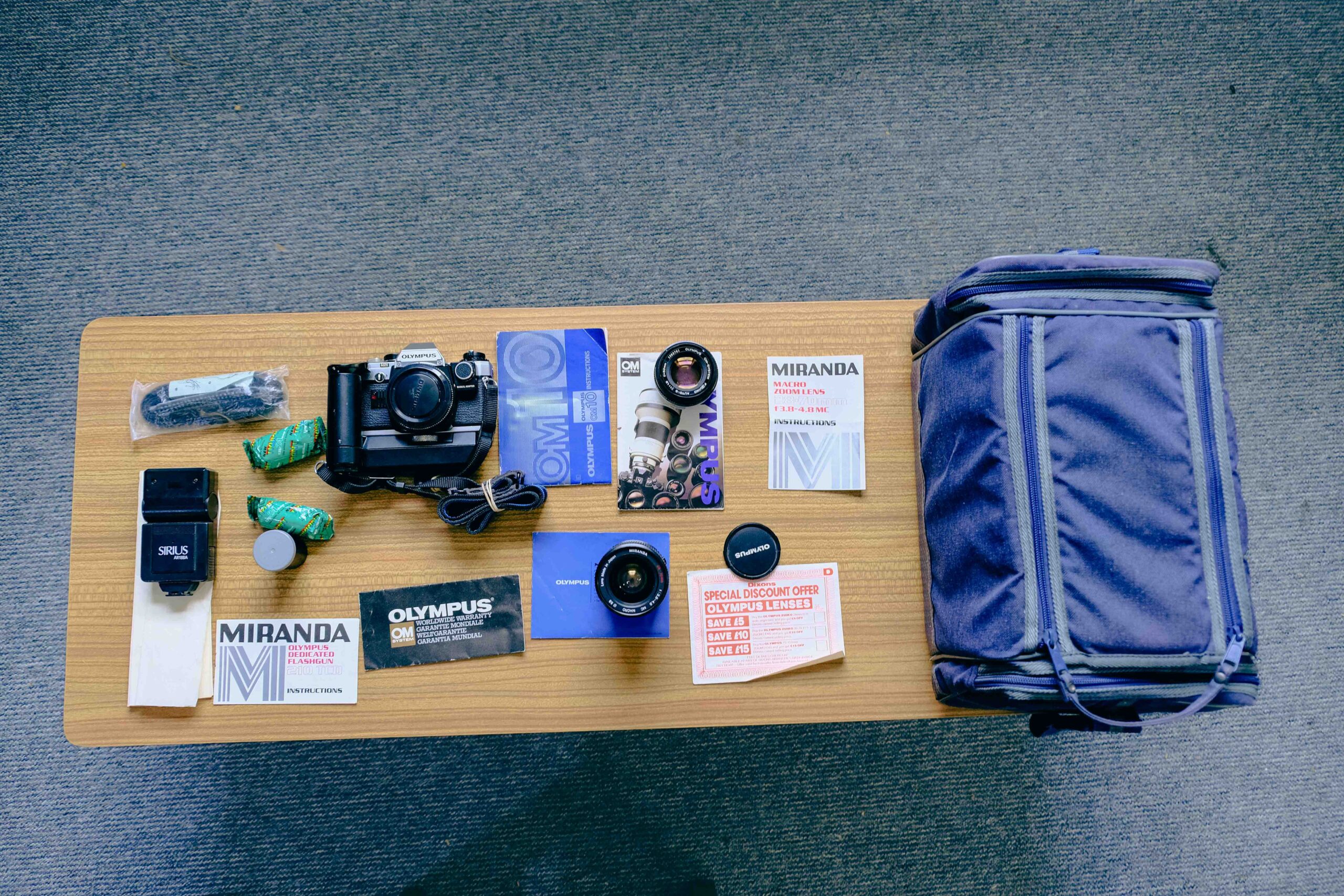 Last week, J and I  were walking around the city centre with my camera and this beautiful little camera came into my frame. It was on display at the local Cash Generator(a buy/sell store where you can get secondhand items).

I told J that I wanted to go in and check. It was an Olympus OM10 with a Zuiko 50mm f 1.8 lens.  I have heard about the camera(on YT of course) but never saw one in real life. The camera was in excellent cosmetic condition- it almost looked like a baby to the camera I was already carrying; if only more graceful than the latter. As I kept looking at it, J told me to get it.

“This is our anniversary gift”; he said.

Unfortunately, we couldn’t check whether it was functional since the batteries were dead and couldn’t find a  spare in the shop.

None of the staff members seemed to know anything about the camera and I was informed that their “camera guy” was on leave.  They all watched me with a bit of astonishment and disbelief. I couldn’t hide my excitement and happiness but my logic told me I should come back with batteries when the “camera guy” is available.  I told the same to the salesperson who was attending to me- but I ended up buying the camera. The lens was in excellent condition anyway.

The week started quite busy and I couldn’t get my hands on the battery until Wednesday. Meanwhile, I managed to clean the lens and learnt a bit about the camera.

Upon getting the batteries, I realised the mirror was stuck and the shutter wasn’t firing. Getting it repaired is quite a hassle and with that money and effort, I can probably get a fully functional and tested OM10 on eBay.

So with great disappointment, I went to return it yesterday evening. I was sad to let go of the Zuiko 50mm f 1.8 and was hoping to get an OM-FX adapter to use on my Fuji. That lens was immaculate; pretty unusual to be found in a secondhand shop that doesn’t specialise in camera gear. Also, I got myself a year-long supply of LR44 batteries.

The weather was shitty and the buses were crowded and I thought about every reason I could think of- to not go. However, my logic once again intervened and told me I should better go and use that money for something else.

I reached 45 minutes before the shop was closing and it was a busy evening with hardly any staff.  I went directly to the counter from where I got the camera and it was unstaffed. I waited in front of another counter;  the person at the counter was talking on the phone while doing some paperwork. It looked important. I decided to stay there as the other counter was busy attending to another customer and didn’t look like it would be quick.

However, my patience diminished with every passing minute. As I was about to move to the other counter, he finished the call and signalled me to come forward.

I explained to him my situation and that I would like a refund.

He listened to me patiently and then told me they have another copy of the same camera which I could exchange with and even get a £10 refund.

At that point, I didn’t want to get my hopes high; probably be disappointed again. I said I would take a look anyway.

I looked through the glass display as he went inside to get the camera.

“Ah, it has a manual adapter, a flash and a battery grip! interesting! ” I thought.

He handed over the camera to me, the lens attached was a 28-70 zoom. I told him that I will have to check the camera with a battery and to my surprise, he said the camera already has fully functioning batteries. I turned the knob on the camera towards the battery check.

He took the camera from me and pulled the film advance lever and then pressed the shutter.

At that point, my mouth was wide open in disbelief and I asked  him – “there is a roll of film inside?”

I grabbed the camera and opened the back to check. (and completely ruined the film if it wasn’t already ruined LOL)

I was fixated on the  50mm and he understood it as well.

“Let me first have a look at both” I replied as I took out my phone flash and examined both lenses.

( I already knew the 50 was in great condition but pretended to check it further. )

He also told me that the camera comes with a “proper bag”, but I can keep the leather bag of the camera I returned.

As he was billing the item, he pushed the zoom lens towards me and mouthed “keep it”

He handed over my receipts and told me that he would go and get the “proper” camera bag.

I was already happy that my money was well spent and I have plenty of camera bags already; so I didn’t pay much attention to it.

After a few minutes, he came with a humongous vintage shoulder bag; an original Olympus from the late 1970s or early 80s.

It was dirty or rather dusty. As he opened it, it had all the original documentation of the camera from 1979, including the user manual, purchase receipt and even discount coupons for additional OM lenses.

One of the side pockets had additional 3 rolls of film(more about that later)- unused, unopened; certainly expired.

The other pocket had a spare leather strap; unused in its original packaging.  The lens back cover and the lens mount cover.

I was speechless, yet I told him: “This  kit belonged to someone who loved their camera very much.”

” It probably did” he replied.

“What was your name again?”

” So you’re “the camera guy” your colleagues talked about. Thank you very much, A.”

As I was walking towards the bus stop, I couldn’t stop thinking about the previous owner of the camera. It felt as if I was carrying his/her memories with me; not just a dusty old camera bag. 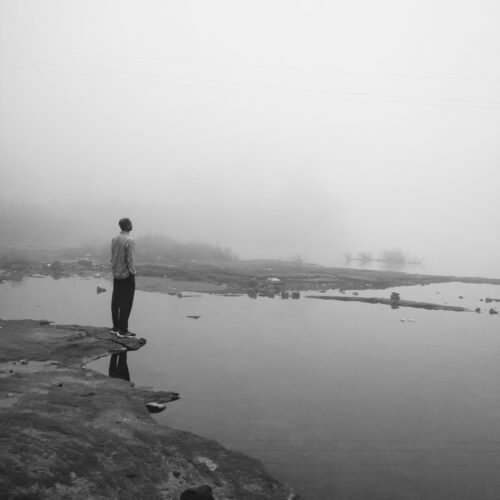 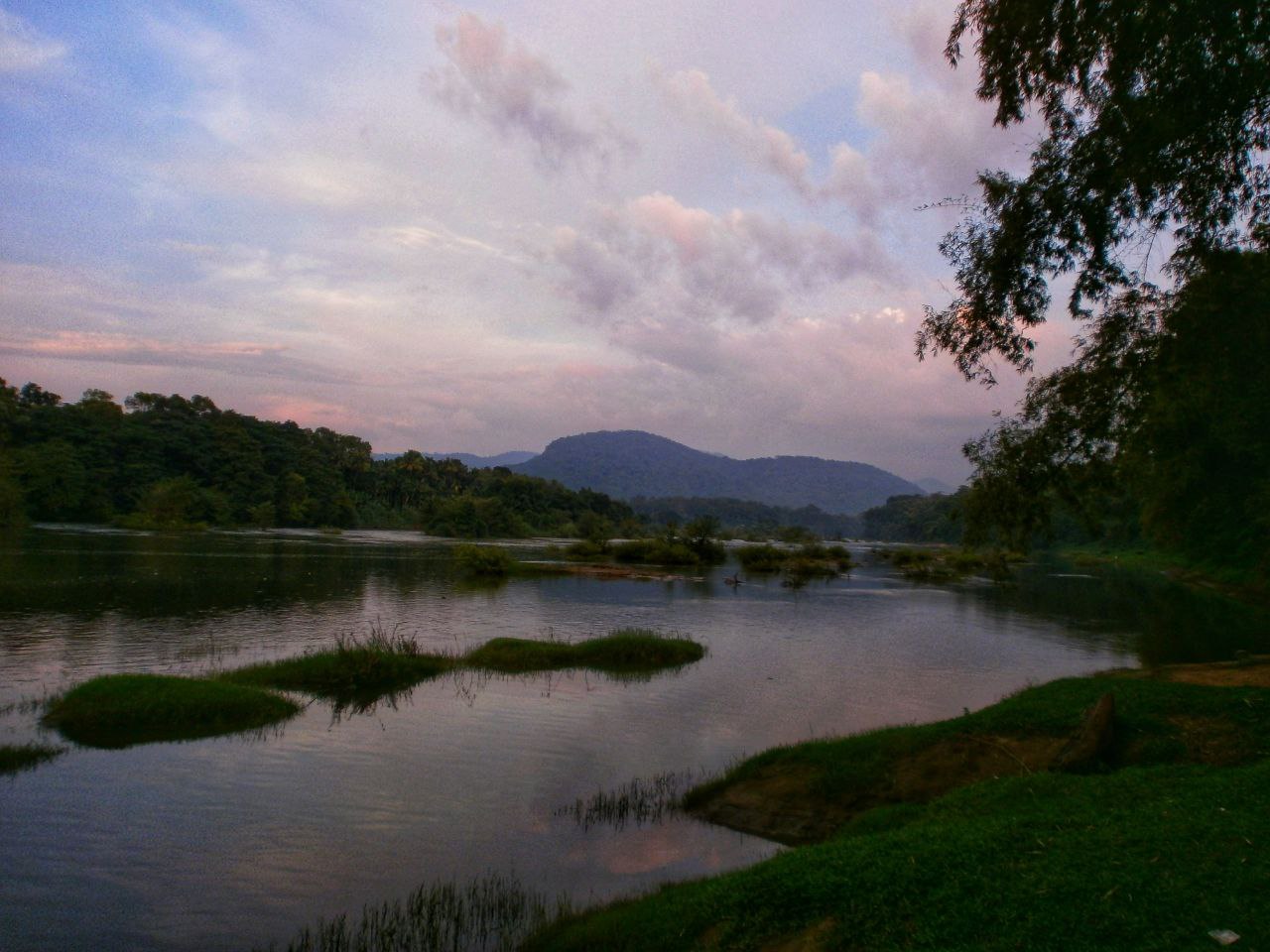